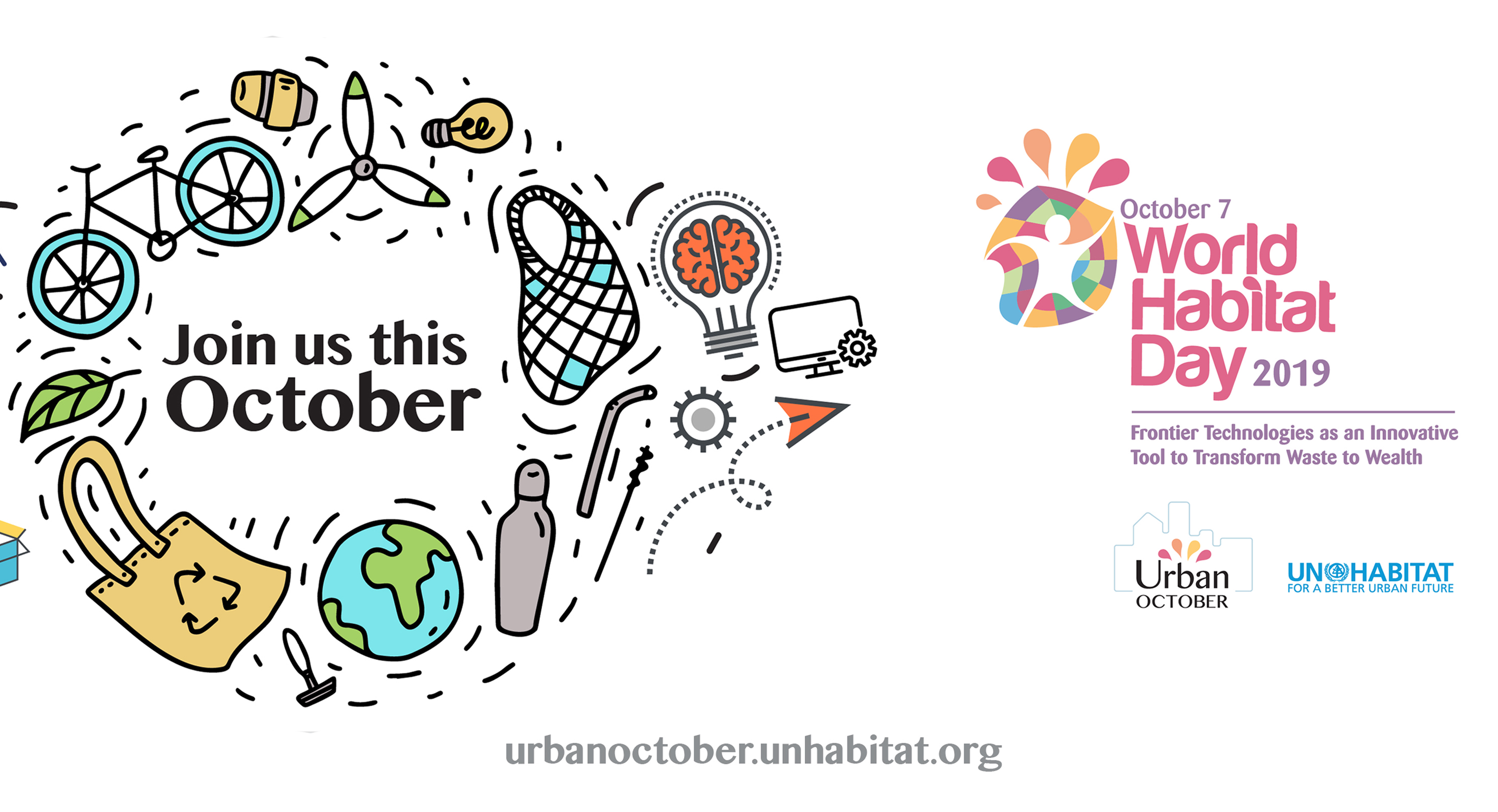 Join us on our UN-Habitat Urban October Events. The month starts with the World Habitat Day on Monday 7th, October under the theme “Frontier Technologies as an innovative tool to transform waste to wealth“. This day provides an opportunity for the world to reflect on our common urban future and the implementation of the New Urban Agenda. 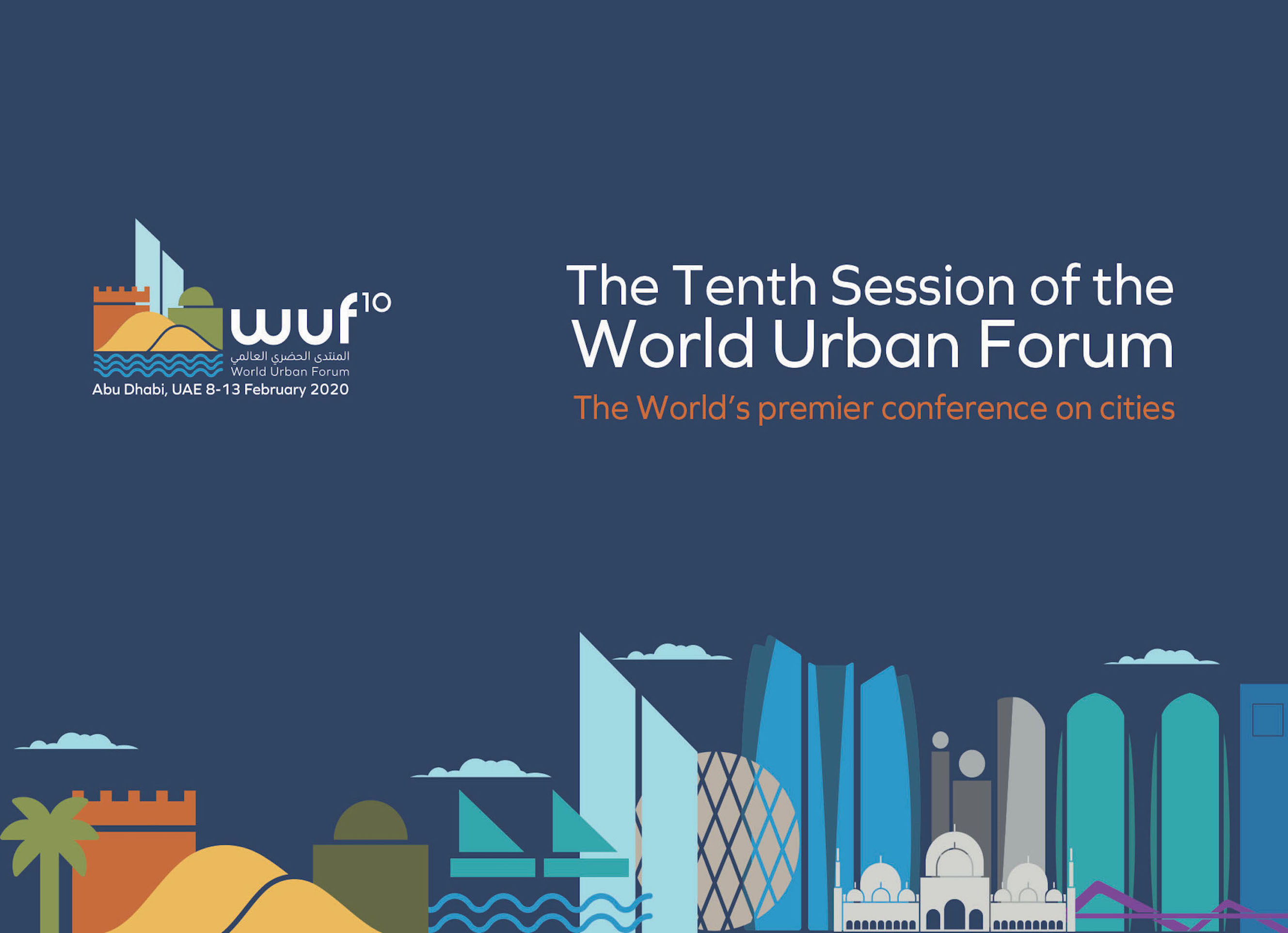 PSUP invites all its partners to the 10th session of the World Urban Forum (WUF 10) on February 8th to 13th, 2020 in Abu Dhabi, United Arab Emirates, organized by UN-Habitat and the Government of the United Arab Emirates under the theme “Cities of Opportunities: Connecting Culture and Innovation”. 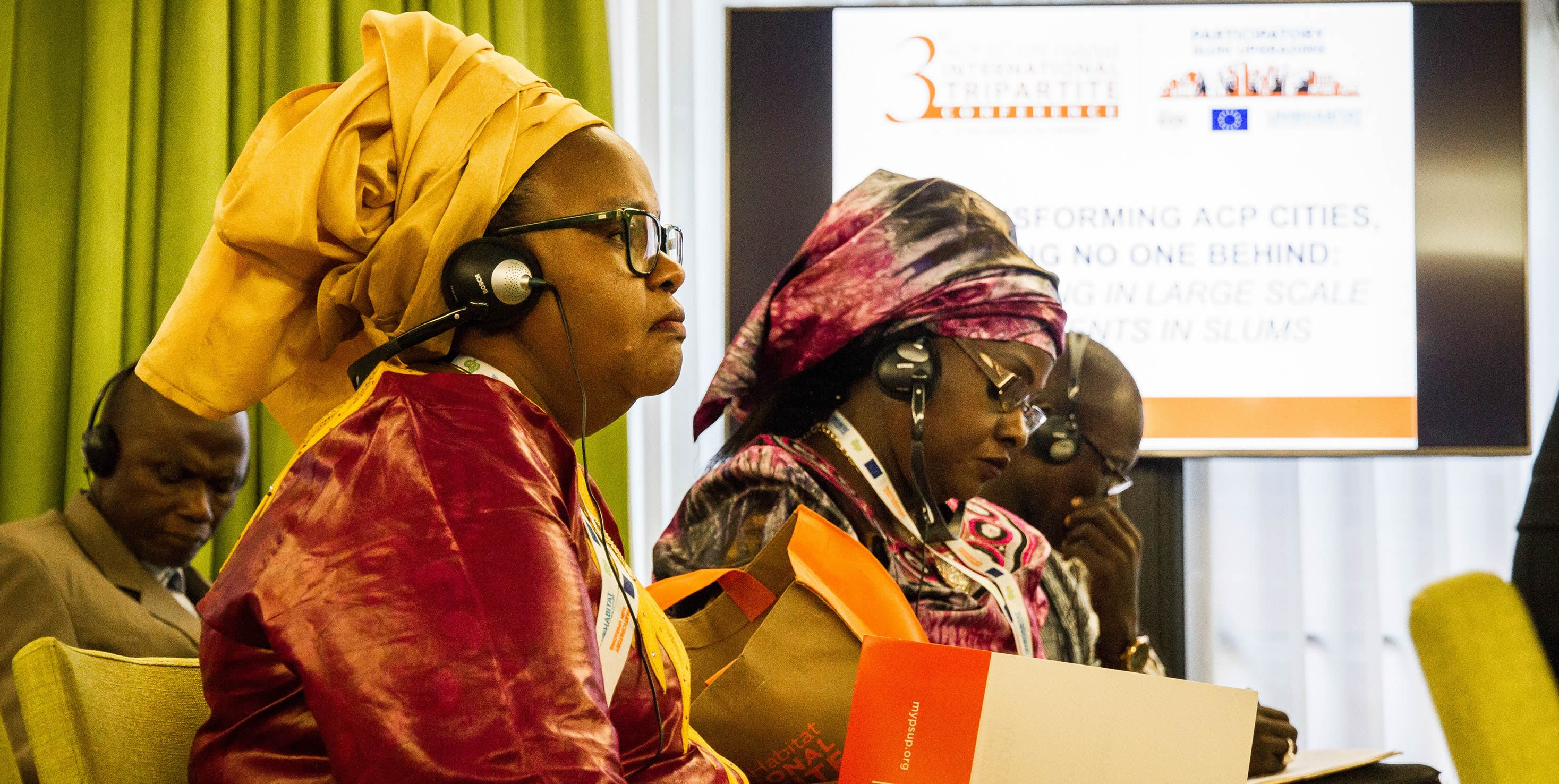 1 Billion people live in slums today – these are one in eight people worldwide! We take action to create a change. Ministers, Mayors, representatives of NGOs, of the private sector, from Universities and our financing partners from across the globe joint in a common dialog for the same vision: To better the lives of slum dwellers all over the world and halve their numbers by 2030. As a result of this international conference, we signed the Brussels Declaration and Action Framework. 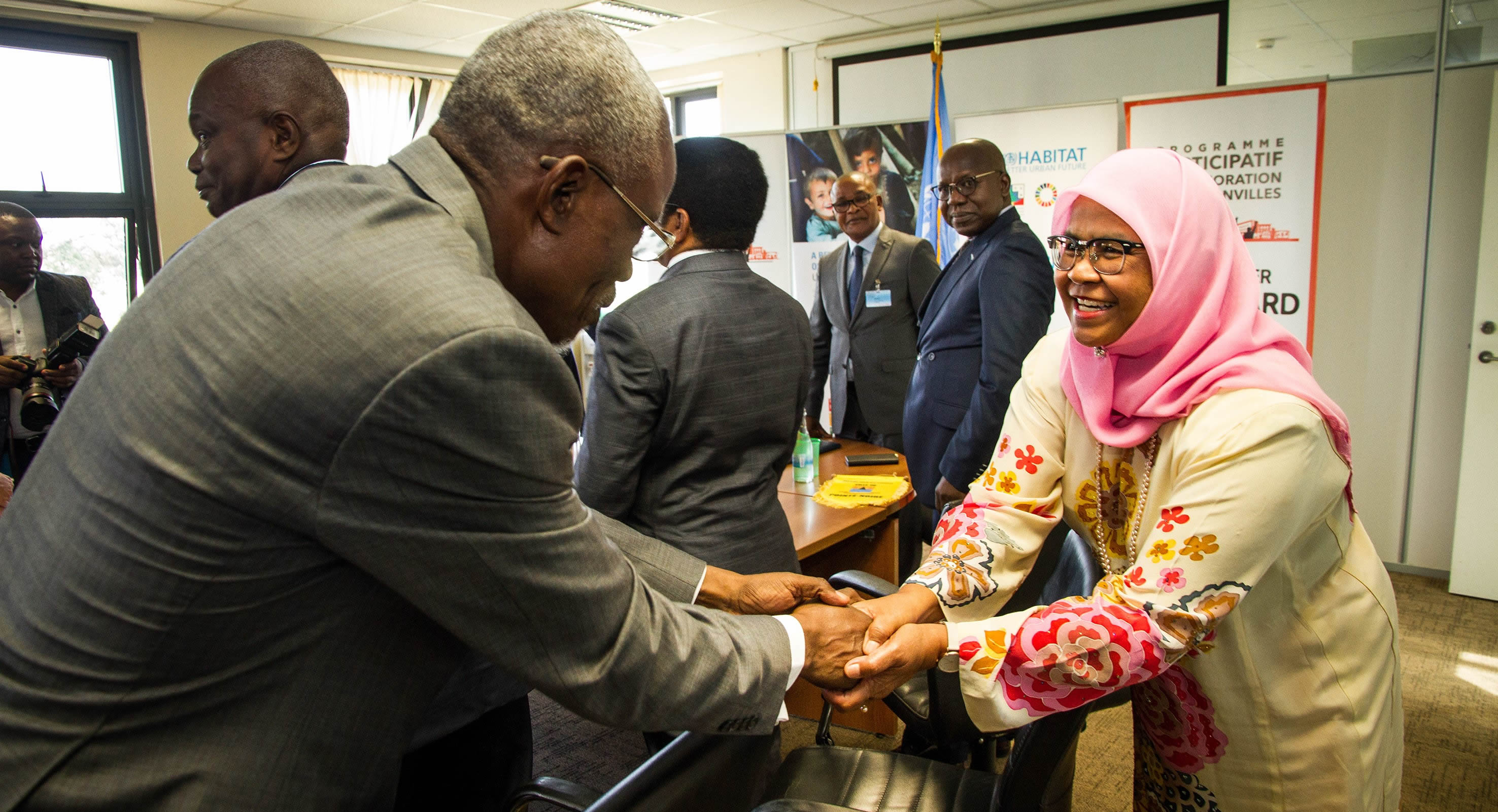 Mayor Jean François Kando and a government delegation from the Republic of Congo visited us in January 2019 at the Headquarters of UN-Habitat for several days. Together with the Congolese politicians, we discussed ways to implement country wide the PSUP Phase III, especially in the city of Pointe Noire. In a jointly signed Memorandum of Understanding, the government agreed to support PSUP projects with a substantial financial contribution.

"A contribution that we must make"

Mr Jean-François Kando, Mayor of Pointe-Noire, Republic of Congo, recently visited the UN-Habitat Headquarters in Nairobi, Kenya to discuss financial commitment for the PSUP. The municipality of Pointe-Noire plans to support the slum upgrading process in two city districts with 250 Million CFA Francs in 2019.

Following the adoption of the 2016 Slum Upgrading and Prevention Policy, the National Assembly, the Senate, and the Ministry of Transport, Infrastructure, Housing, Urban Development and Public Works in Nairobi started the process of developing the Kenya Slum Upgrading and Prevention Bill, which when enacted by the Kenyan Parliament to law will guide slum upgrading and prevention activities as well as mandated responsible institutions. UN-Habitat was invited to be part of a steering committee for the preparation of this bill. The committee, chaired by the Directorate of Slum Upgrading, comprises different stakeholders from Government, NGOs, universities, and financing partners. The consultative workshop was held on 6th February 2019 at the Kenya Institute of Monetary Studies to seek inputs and feedback from wider stakeholders including the slum communities. They all enriched the draft bill, to facilitating development of an advanced version.

European Commission - Our Partners in Interview