Twenty years ago, a young man from the slums of Yaoundé founded a local waste collection service. Supported by UN-Habitat he impacted the community around him. This is a story about this unique initiative.

by Kirsten Milhahn (Text and Photos)

Yaoundé, 16 July 2019 - First daylight breaks through the veil of haze over the metropolis. The air is still cool. The dusty, unpaved streets of Melen, a slum area in the middle of Cameroon’s capital, Yaoundé, are nearly deserted at this time of the day. Two young men in green overalls and work gloves push a rusty metal trailer through the narrow paths of the district. They pull the cart from door to door. They use second-hand rice sacks to collect the garbage of their paying customers.

"It shouldn’t end up in the ditches and clog up the drains the next time it rains,” Gamel Djouelde says, as he lifts the next packed rubbish bag onto the wagon. The 21-year-old is part of a team of young men from Melen, who are earning an income from the local garbage collection project called Tam Tam Mobile. Nearly every morning at 6 a.m., Djouelde and his colleagues make their way through the community. At the end of their shift, they unload their full carts at a municipal waste collection point outside the slum. 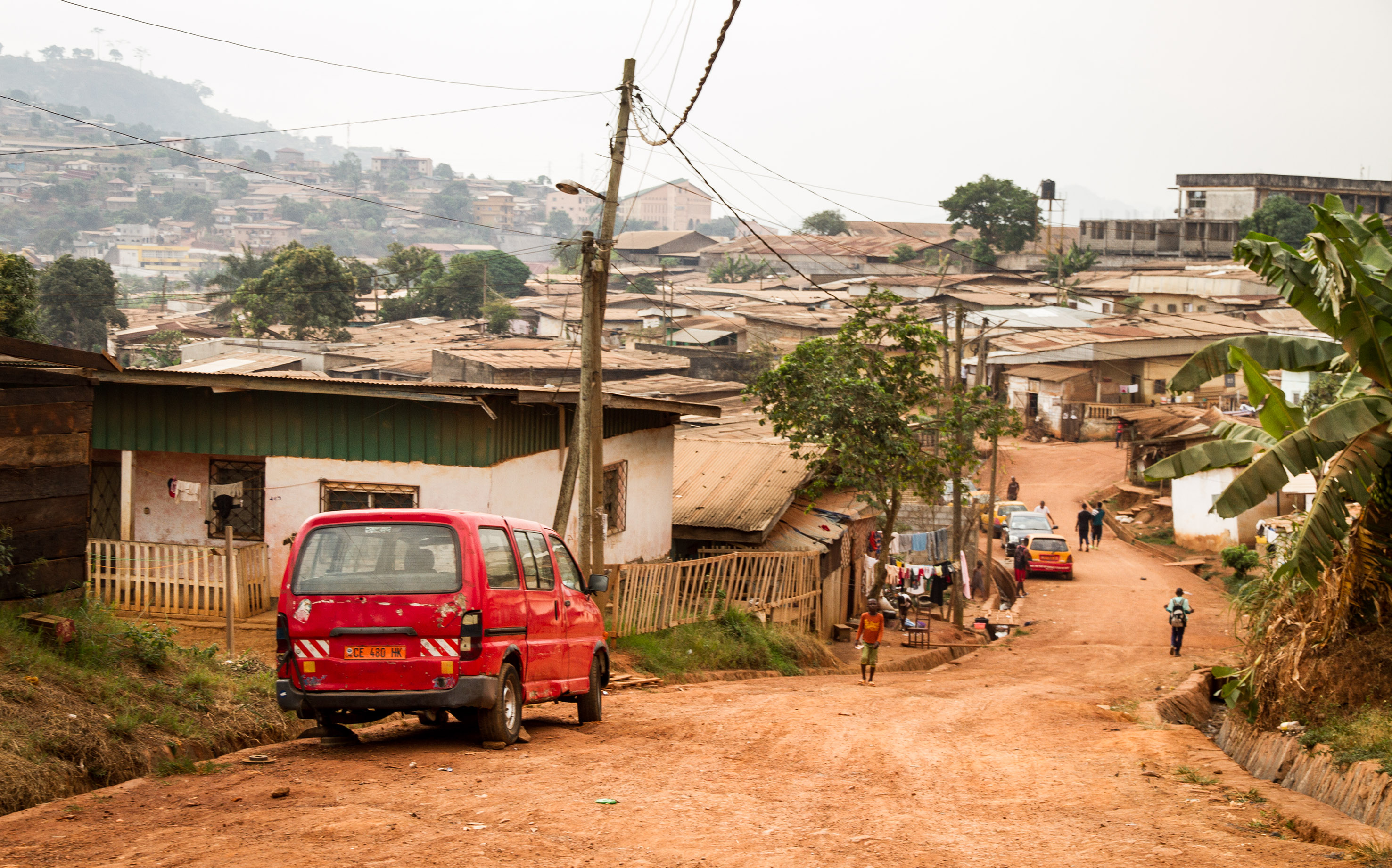 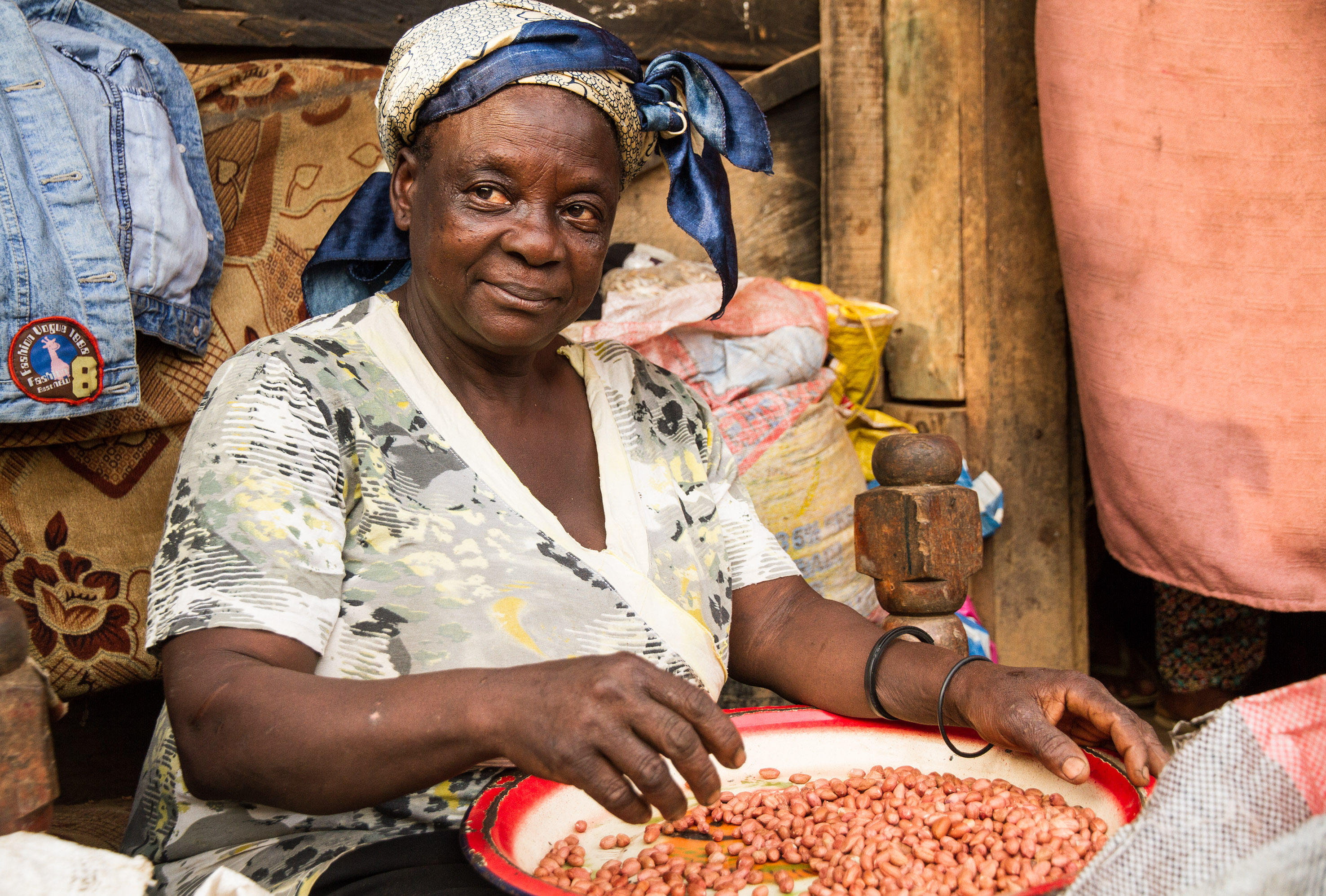 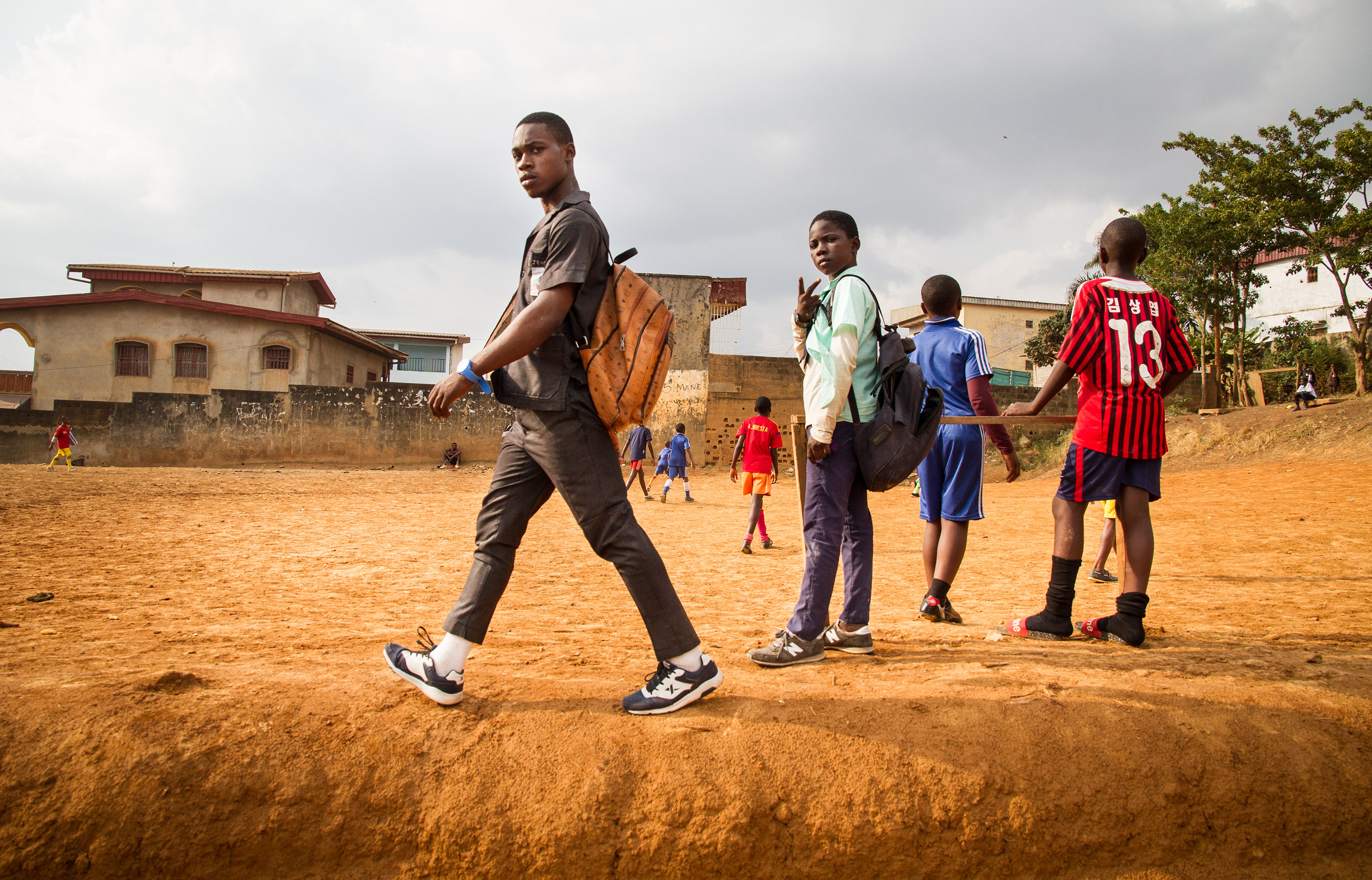 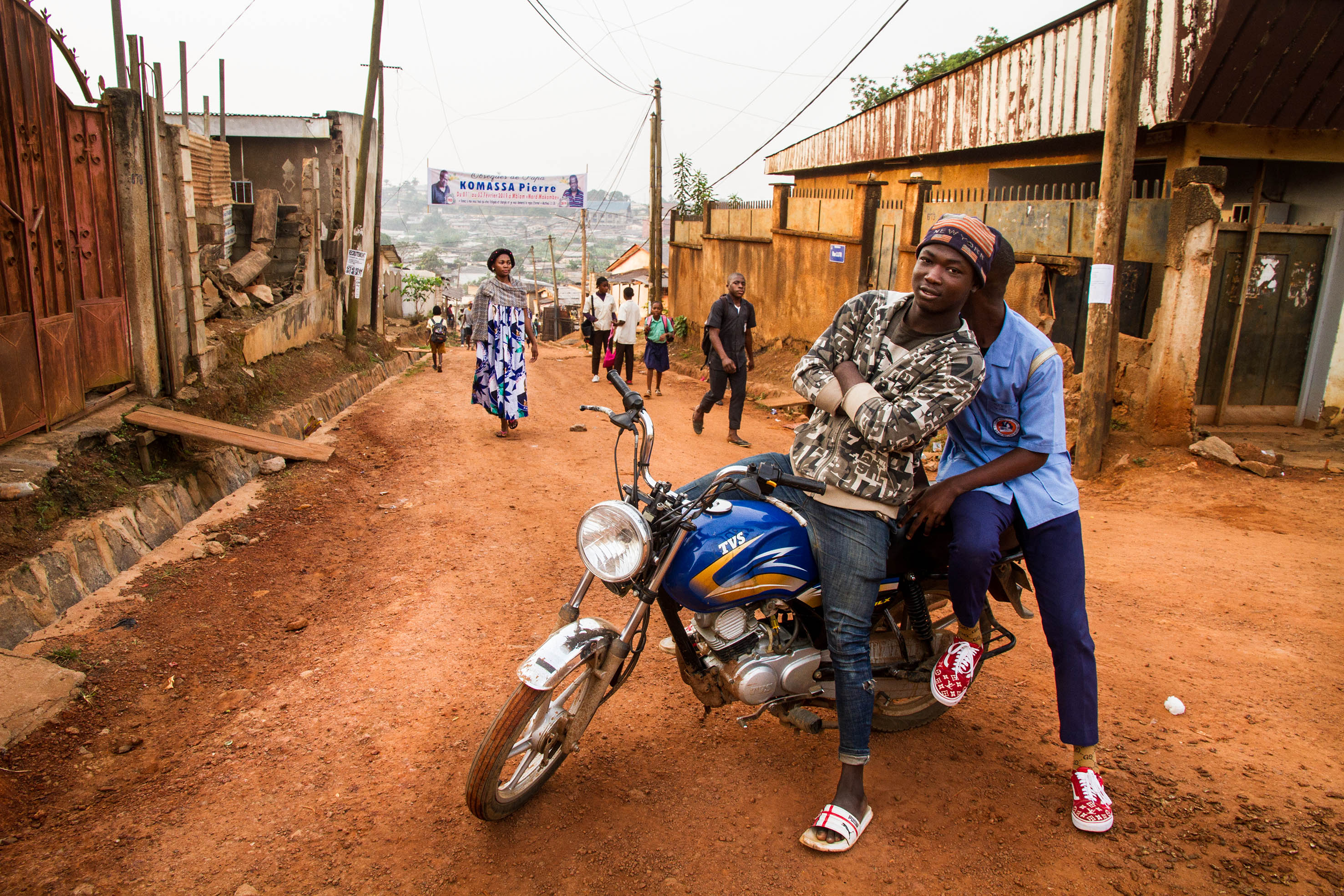 Tam Tam Mobile is a community initiative founded in Melen. Like most informal settlements, this residential area is not connected to the city’s public garbage disposal system. So the slum dwellers had to improvise. The Tam Tam Mobile initiative now has a customer base of around 300 households and is generating income for the collection team.

Tam Tam Mobile is part of a slum regeneration pilot project implemented in 2015 by the Participatory Slum Upgrading Programme (PSUP) from UN-Habitat. PSUP’s local partner Recherche-Action of Cameroon (ERA) advises and works with the slum community for the residents to improve their own living environment. This initiative became one of the Community Managed Funds in the area. These are PSUP-supported action groups that take on specific tasks in the settlement. Through ERA, Tam Tam Mobile received skills training for their staff as well as work equipment such as clothes, gloves, wheelbarrows and garbage bag. PSUP assisted in widening the roads in the slum to open access and ensure Tam Tam Mobile is connected to a collection point of the municipal waste disposal service. The initiative is now grown to much more than just a waste collection system.

Simon-Pierre Etoga, 56, slim and sporty in sneakers and a checkered jacket, enjoys guiding visitors through the head office of Tam Tam Mobile. He founded the initiative in 1997. Even then, when he still lived in his parents’ home, he had a vision: to overcome the garbage in the slum. "I had saved 40,000 CFA-francs, equivalent to 70 US Dollars. I bought a wheelbarrow and machetes, and in my bare jeans I started to collect the trash around my parents house. I continued in the neighbourhood and brought the garbage from the slum to the nearest dump site. People said I was crazy at first." But they quickly noticed how much easier it was to live without the dirt on their doorsteps. "Some gave me food for the job, others a small amount of money." Already after the first month, he had earned a small income. "I thought, if I could do it alone, why not with others?" This was more than 20 years ago, and this marked the beginning of Tam Tam Mobile.

"Today we employ 60 young men from the community in waste management,” says Mr. Etoga. “And we train women in our head office to become tailors. There, we also have a library and an internet café. Nowadays, students even come and write their theses about our project!” He reflects, “Through the project, I learned how participation works, how to change other people’s mindsets and how to motivate my community. We interacted with so many participants, from ministers and street children to university professors and dwellers from my own community." 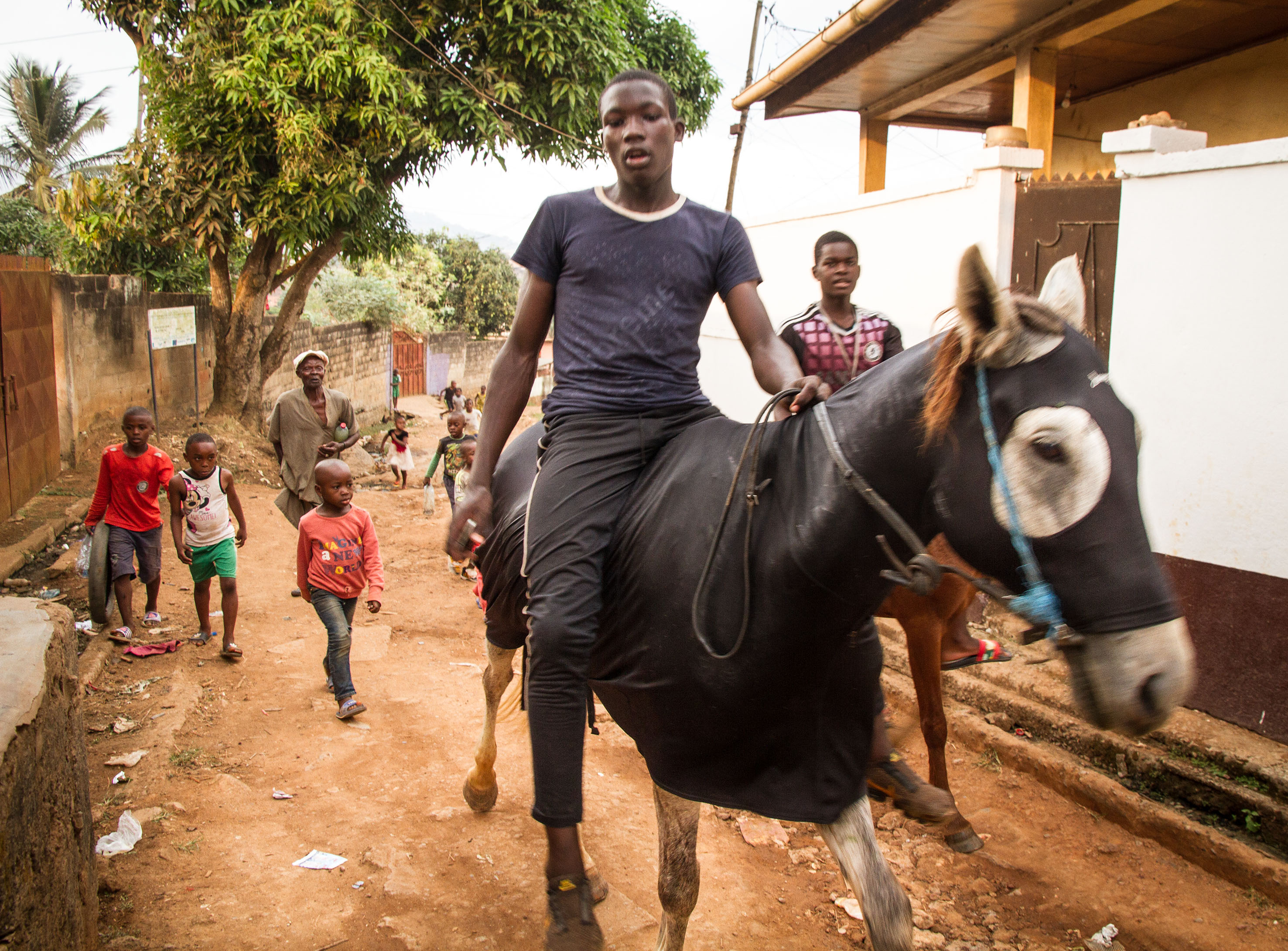 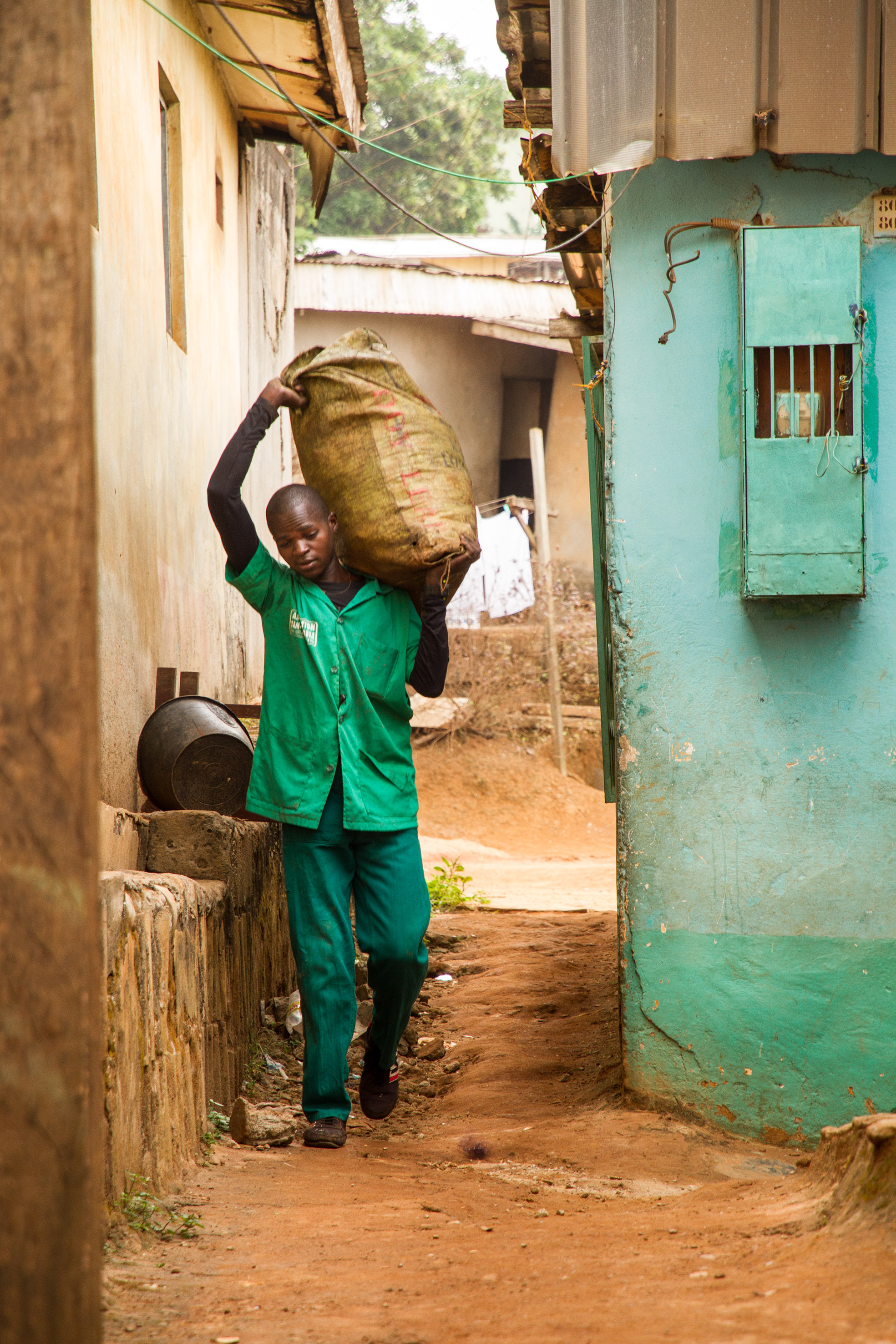 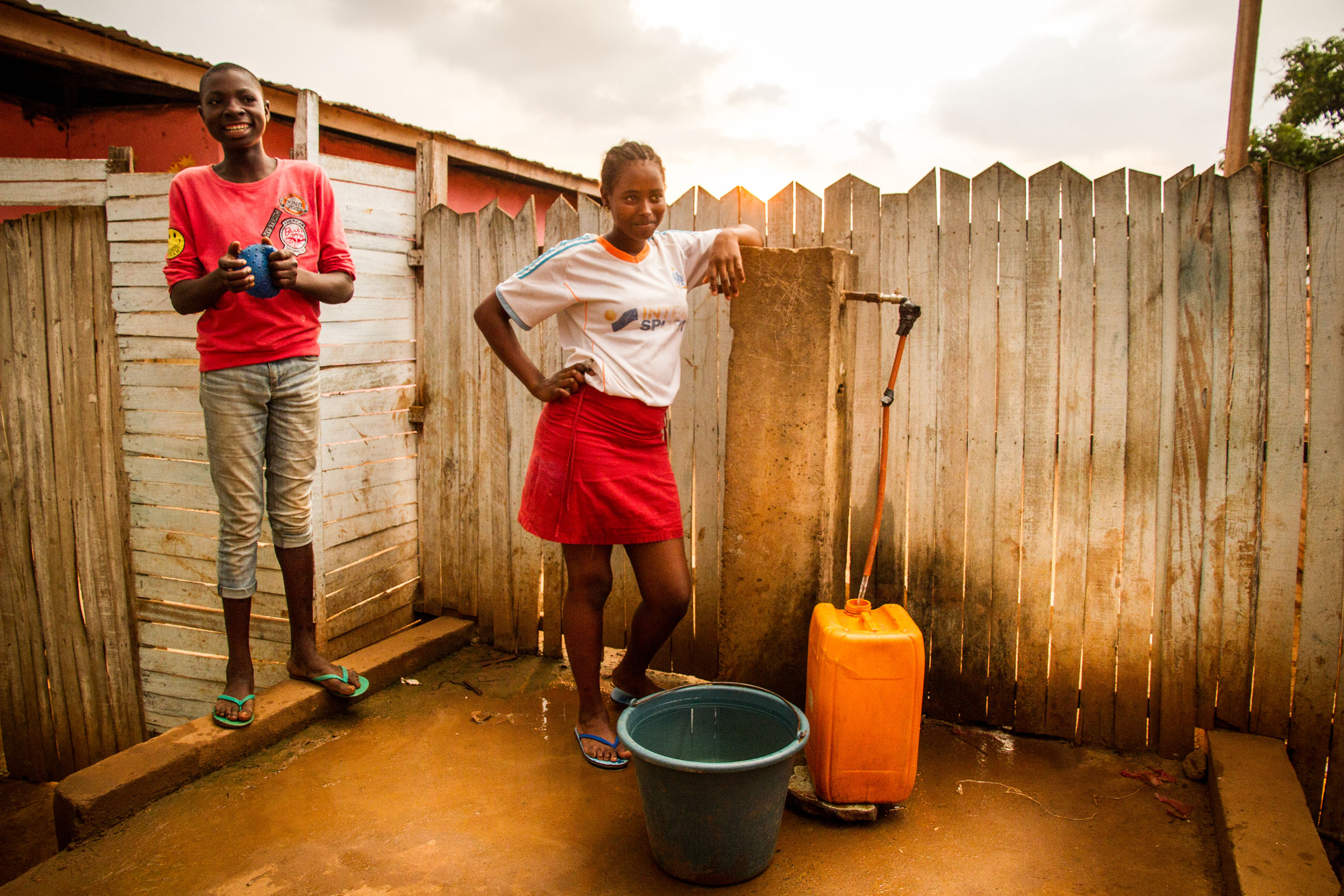 Tam Tam Mobile is now largely self-financing, but is still occasionally supported by its partners. When asked what he wants for his initiative in the future, Simon-Pierre Etoga doesn't have to think for a second. "If Tam Tam Mobile is a role model for other projects that advance the slum community of Melen, then I've done everything right."